You are here: Home / Archives for Ceramic Cement 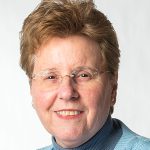 Recently Professor Trudy Kriven was interviewed by Paul Wood, staff writer for The News-Gazette. Professor Waltraud (Trudy) Kriven, from the University of Illinois' Department of Materials Science and Engineering and also CEO of KeanTech LLC is working to reduce carbon-dioxide emissions and waste by creating versatile ceramic products at room temperature instead of in … END_OF_DOCUMENT_TOKEN_TO_BE_REPLACED 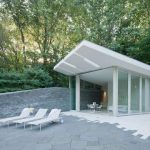 I have the idea that concrete tiny homes can be a FAR superior option to wood stick frames currently being built. Today's new concretes are much thinner and lighter and stronger than those of old. Add reinforcement with basalt rebars, basalt meshes, basalt twine and basalt chopped fibers and the results will be very fire retardant, weigh less and have better insulation. … END_OF_DOCUMENT_TOKEN_TO_BE_REPLACED

My friend Syd the welder put his torch used for cutting steel on a small piece of the ceramic cement I made in a long ice cube tray. It took a while to get it to melt, it did not cut through. In just a minute I was able to pick up the piece from the tail end about two inches away from where it was torched. Glassy looking - it could make interesting jewelry! … END_OF_DOCUMENT_TOKEN_TO_BE_REPLACED

Within the 'green' awareness that has emerged over the past decade, several disturbing facts have also emerged; for every ton of Portland cement produced, one ton of carbon dioxide (CO2) is released into the atmosphere, including harmful mercury emissions. China and America collectively produce over one billion tons of Portland cement/concrete annually. Once deployed, Portland … END_OF_DOCUMENT_TOKEN_TO_BE_REPLACED Working with concrete and steel for over 25 years has given me an innate understanding of the properties and use of these materials. From rebuilding old homes in New England to hospitals in Alaska, union work on the pipeline, and commercial jobs from Hawaii to Arizona and Florida, I have seen a great deal!

My motivation when seeing people lose their homes to fires, tornadoes, hurricanes, floods, etc. is the knowledge that by building correctly many of these homes, and lives can be spared. New standards are in place such as installing better windows or hurricane ties. However to me these are just band-aids on the greater problem of building correctly in the first place. Homes can be built today with designs and new reinforcements that can withstand the elements.